The ones I work with cheat.  They speak ill of others.  They don’t respect authority.  They speak with crude words.  They lie.  They steal time from the company.  They look out only for themselves.

They are my mission field.  The ones I am called to serve.  To love them as Jesus does.  To care for them.  This is my battlefield.  To fight off Satan’s advances in a place where his ways are popular.  If I don’t fight Satan there, who will.  If I don’t share God’s love with them, who will.

After all.  Jesus didn’t turn away from those who weren’t like him.  He loved the unlovable.  He had dinner at the cheating tax collector’s house.  He struck up a conversation with a woman who was shunned by her community.  He stood with a woman caught in adultery.

Jesus didn’t spend time only with those who followed him.  He sought out others who needed what he had to offer.  He made himself available to those who didn’t know they needed him.

You’re here to be light, bringing out the God-colors in the world.  God is not a secret to be kept.  Matthew 5:14

He saw the tax collector sitting in a tree.  Jesus knew this man had gotten rich by cheating others of out large sums of money.  But he still invited himself to the man’s house for dinner.  This man turned his life around and gave half his wealth to the poor and returned money to those he had cheated.  All because Jesus took time for him and showed him the way of  love and forgiveness.

Jesus started a conversation with the woman with the questionable past.  He spoke first, asking for a drink of water.  He told her things about herself he shouldn’t have known.  He loved her in spite of the fact that she had had five husbands and was living with another man.  This woman who was shunned by her community ran to tell them about this man who knew everything about her.  She and her village were changed because of the simple message of love and forgiveness.

The woman caught in adultery was brought to Jesus.  Her accusers were trying to trick him, but he didn’t play their game.  They wanted her stoned to death.  So Jesus suggested the one in the group who had never sinned should throw the first stone.  One by one they quietly walked away.  The woman’s accusers were guilty of sins, just as she was.  But Jesus didn’t condemn her.  Instead, in love he told her to leave her life of sin.  He showed her love and forgiveness.

So.  Who do I think I am that I shouldn’t spend time with those who don’t believe as I do?  Why should I surround myself only with those like me?  Why do I think I can ignore those I come in contact with who have sin written all over their face?  For I’m just like them.  I have sin written all over my face, but it’s been washed clean in Jesus’ blood.   I’m no better than them, but I’ve accepted the gift of eternal life.

Yes.  I must be Jesus to those I work with.  Perhaps they can turn from cheating.  From their gossip.  From self-centeredness.  But not only them.  I think of the one who delivers my groceries every week.  Does he need Jesus in his life?  I think of the one who cuts my hair.  My massage therapist.  What about my neighbors?  The people at the dog park.  Who can I be Jesus to today? 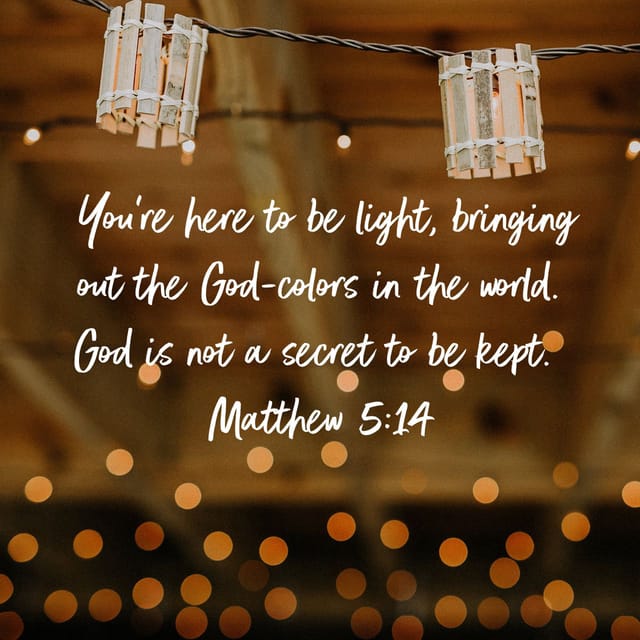