She said she’s in the middle.  The middle of life.

I’ve been thinking about that lately.  I’m not on the mountain top.  But I’m not in the valley.  Oh.  I was in both situations not too long ago.  No.  Not at the same time.  But unemployment was the valley.  Getting a new job was the mountain.  But now.  Now I find I’m in the middle.  And I feel stuck.  Oh.  I should be thankful.  And I am.  But I sometimes I wish I wasn’t where I am.

No.  I don’t want to be back in the valley.  I’m thankful to have a new job.  It’s just that the job is turning out to be something that isn’t comfortable.  Oh.  I have hopes of things evening themselves out.  Of feeling comfortable.  Of feeling that I can do this job.  But for now.  It’s tough.

I’m not running away from the job.  But I do find that I am running.  I’m running to Jesus more and more.  And isn’t that what he wants from us?  In spite of good or bad, I should be running to him.  Running for my life to the life giver.

I find I want to run from my discomfort. But instead I need to run to Jesus. Don’t try to escape the discomfort. Try to embrace it and hold on to the one who has great plans for me. This season could be the time of growth I need for the next phase of my life. Trust God and his plan. Run to him like I’ve never run before.

Pray that you will not give in to temptation.  Luke 22:40

I think of Jesus.  When he was in the fight for his life.  His human life.  Oh.  He ran.  He ran right to his Father.

When Jesus was in the Garden of Gethsemane, he prayed and asked his Father to remove the cup of suffering from him.  The burden of going to the cross.  Of dying.  He asked to be excused from the discomfort.  From the pain and agony.  Was this his humanity speaking?  What did he know of the suffering that was ahead for him?

The next morning when he heard the angry mob shouting for him to be crucified.  I wonder.  Did he run again to his Father?  Did he beg for mercy once again?

But no.  The night before while crying out to his Father, he surrendered.  He had surrendered his will.  Your will.  Not mine.  Then he stood and walked through the pain.  The torture.  The suffering.  The death.

So why should I ask God to remove my discomfort?  Why should I expect God to give me an easy life?  Why should I expect God to remove obstacles that I want out of my way?  Perhaps I should pray that I don’t yield to temptation to walk away from the discomfort when I know I am fulfilling God’s plan.  Perhaps I will find peace in the surrender to God as he walks with me in my pain.  Perhaps in my suffering, I will be anointed with the same power that he has.  I pray that my discomfort will not be in vain. 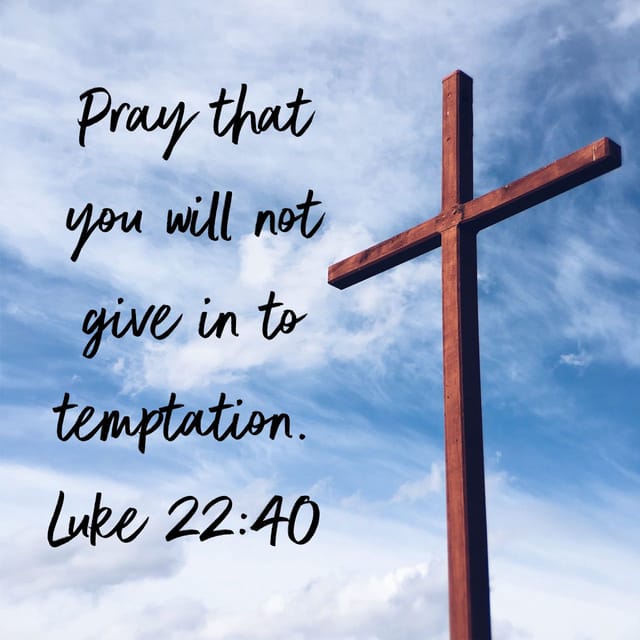